How Has the Gas Mask Changed Over Time

Gas masks are a type of protective gear for the head used massively by armies internationally, since the First World War. They were designed in order to protect the breathing of soldiers during chemical attacks, for instance Mustard Gas or other types of chemical agents.

Apart from the battle field, they are used in workplaces where high levels of safety are required for the employees or the workers hired by companies. For example, protection against radiation is one of the most common purposes for wearing a gas mask, if the user has to work in a radioactive environment after a leakage or a nuclear burst has occurred.

Gas masks have changed over time in several different ways. They have been evolved by the designer to enhance their effectiveness and guarantee absolute protection, and they have also become more comfortable to wear, allowing the users to engage in their tasks more conveniently.

Below, we have made a recursion in order to find out what were the various stages during the evolution of the gas mask throughout the years. Starting from the initial invention of the gas mask, we learn about modern models that provide practicality and safety to their owners in the today’s world.

The early stages of the gas mask

Going back to the ancient years, research has found the sponges had been used as a primitive forms of gas masks, allowing the ancient Greeks to filter the polluted air. By covering their mouths and noses using wet sponges, they were able to separate dust from air, thus filtering the air that they inhaled.

In the 1700s, the famous bird mask was used by the doctors of the time in order to protect themselves from plague. In the bird gas masks, the doctors used to insert herbs, that were meant to filter to filter the contaminated air, and keep them save from plague.

The original ancestor of the modern gas mask was invented in 1847 though, by Lewis Phectic Haslett. He is considered the father of the gas mask, which at the time he described as Lung Protector or Inhaler, indicating the purpose of the mask, which was of course to protect the lungs of the wearer. 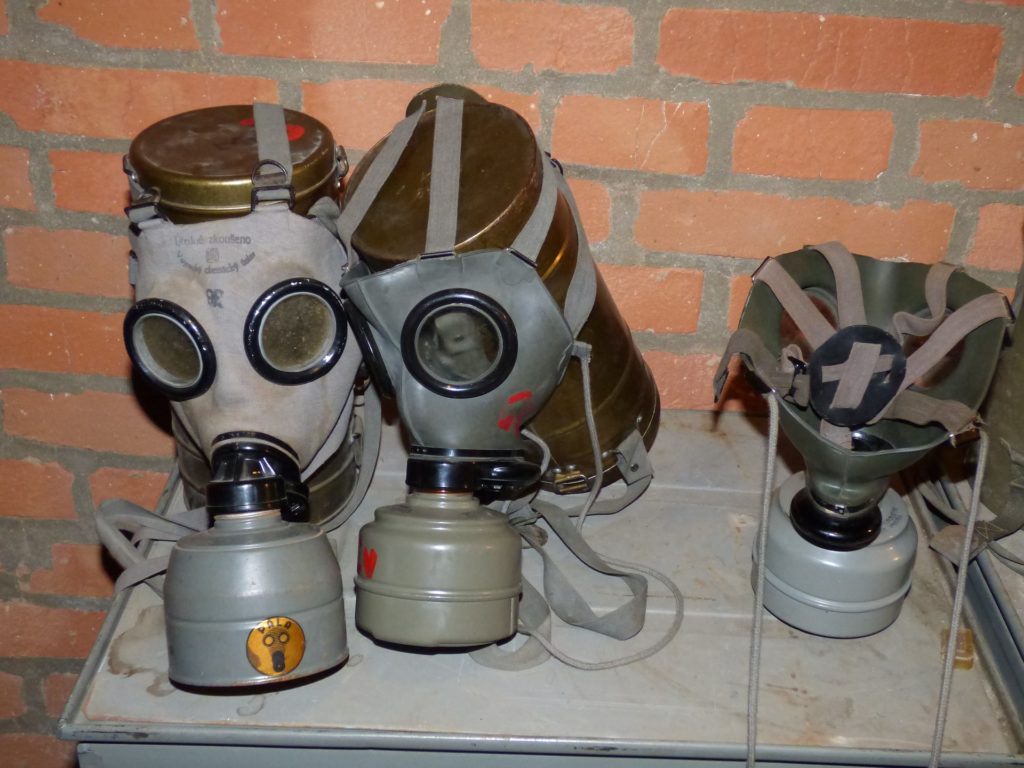 In order to protect themselves from the chemical attacks and the poison gas of the German Army, the Allied troops had to find ways to filter or neutralize the gases. The first solution was introduced in 1915, and it was called the Black Veil Respirator.

The particular type or respirator was a fairly simple solution, which utilized the soaking abilities of the cotton into an absorbent. A veiling was then used to stabilize the wet cotton over the mouth of the soldier, in order to filter the poisonous gas.

The improved version of the Black Veil Respirator, was the British Smoke Hood. It was a prototype invented by Cluny MacPherson ,which was presented to the British War Office, and was quickly accepted as an effective solution for protection against the poisonous gas of the German Army.

The British Smoke Hood, was a full face protective head gear, which was made of fabric with chemical absorbing specifications. In addition to this, it has an eyepiece and it chlorine-absorbing chemical agents, which could filter the hazardous gas sufficiently enough.

Later in 1915, even more improved versions of the British Smoke Hood and the Black Veil Respirator were designed by inventors, with two of the most well-known being the Large Box Respirator and the Small Box Respirator. They both used a tin can with absorbent materials, as well as a hose.

It has to be stated, that in WWI several types of gas masks models were designed for animals, more specifically dogs and horses. Dogs were used in the front lines of the battle field, and horses were ridden by soldiers during the war, so their protection for poison gas was of major importance.

ALSO READ: Will a Gas Mask Protect Me Against Anthrax

World War 2 (WWII) and the evolution of the gas mask 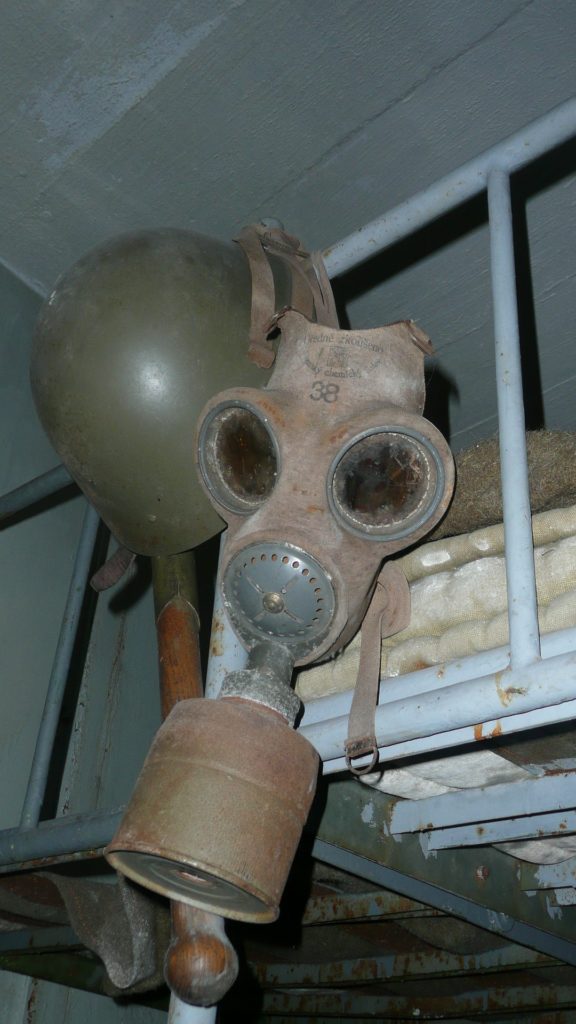 The WWII was the second evolution stage of what we know as the modern gas mask. As chemical, biological and nuclear weapon evolved during the war, so did protective gas masks as it was expected.

From 1944, gas mask designs became more effective, protective and comfortable for the soldiers, in order to enhance their performance in the field of battle. One of the major improvements, was that gas masks became more compact and easy to carry around.

What is more, gas masks were designed to be easily fixed or replaced contrary to previous models. Their plastic and rubbery structure, along with the easy to install filter canisters and the replaceable lenses, helped use them faster and more comfortably when needed.

Furthermore, in order to completely protect the soldier during CBN attacks, gas mask inventors started designing entire suits that kept the entire body of the soldiers untouched by the weapons. This way, army could not only protect their respiratory systems, but their faces and body skins too.

Fortunately, in today’s world, the use of gas masks or respirators is not limited in wars or CBN attacks. A majority of various protective masks has been introduced in the market, each one serving a different purpose to the consumer.

For example, gas masks are used to enhance the performance of athletes during workout. Also, respirators are used for domestic purposes, such as painting or removing mold, as well as hobbies such as graffiti or airsoft.

Last but not least, the price of the gas mask has become very affordable for civilians and citizens, and they can be found and acquired in all big marketplaces. They come in all sizes, to fit every shape and size of head for significant comfort. 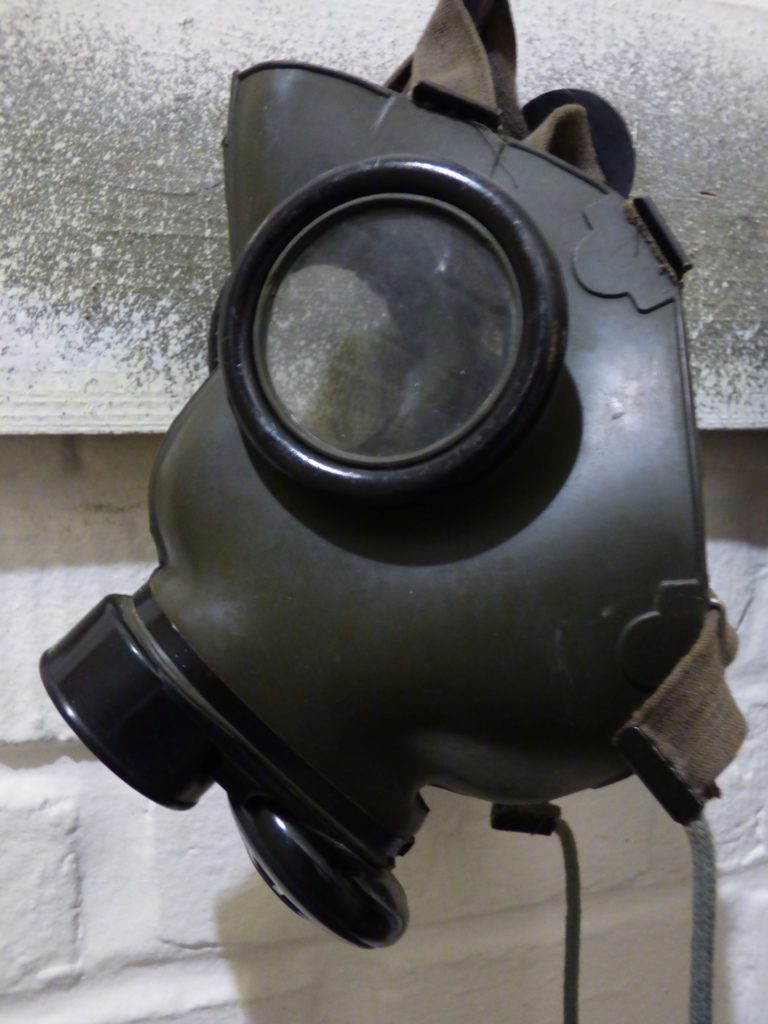 Gas masks have played an important role throughout the history of war in the modern times. They have changed and evolved over time, introducing more efficient ways of protection against viruses, gases and chemical weapons.

Various models can be found in the market, allowing the wearer to work safely protecting his respiratory system from pollutants and particulates transferred through the air.

Will a Gas Mask Protect Me Against Anthrax

What Are Gas Masks Used For

Can a Gas Mask Work Underwater

How to Use a Gas Mask

This site uses Akismet to reduce spam. Learn how your comment data is processed.